The Campo Pequeno Bullring (Portuguese: Praça de Touros do Campo Pequeno, lit. “Little Field”) is the bull ring of Lisbon, Portugal. It is spotted in the Campo Pequeno Square, by the Avenida da República. After a significant redesign, it re-opened as a multi-occasion venue in 2006, intended to be utilized for different occasions separated from bull battling. It has a scope of live acts and has seen numerous celebrated groups perform there. It incorporates an underground strip mall, restaurants and a parking part. 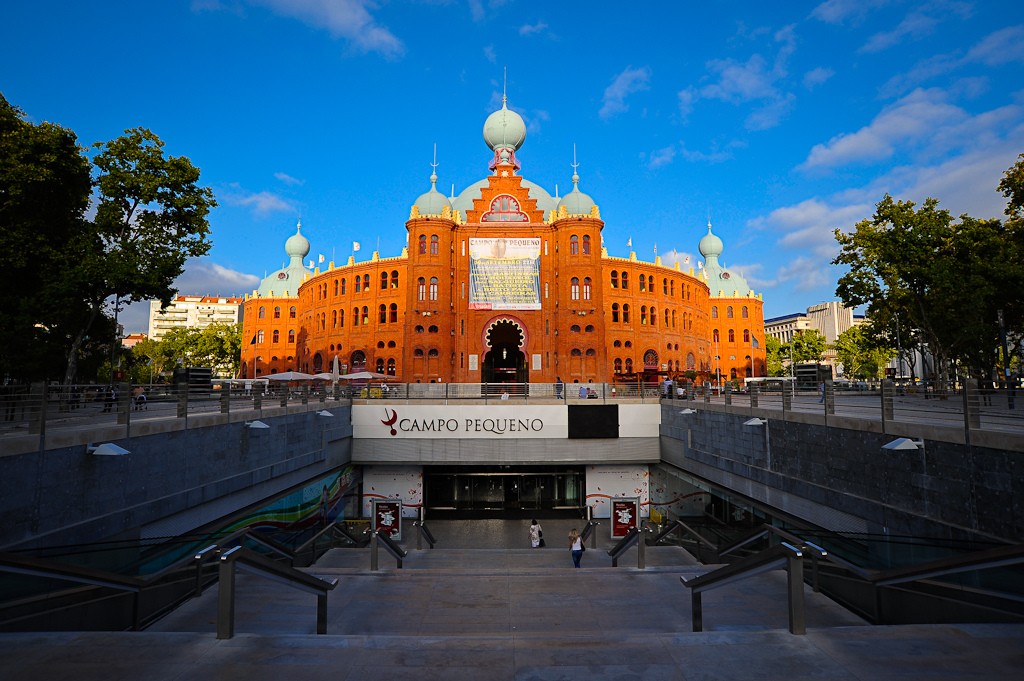 Lisbon’s bullring was manufactured somewhere around 1890 and 1892 under the supervision of Portuguese modeler António José Dias da Silva. His configuration was propelled by the bullring of Madrid, by Emilio Rodriguez Ayuso, later decimated. The style is the neo-Mudéjar, a Romantic style roused by the old Arab construction modeling from Iberia. Lisbon’s new bull ring supplanted an old one, spotted in the Campo de Santana.

The bull ring has a roundabout floorplan with four extensive octagonal towers on every cardinal point with oriental-looking vaults. The Western tower is flanked by two turrets and serves as fundamental passageway. The numerous windows of the building have a normal horseshoe shape. The whole surface of the building is secured by blocks of orange shading. The inward stadium has 80 meters of measurement and is secured with sand.

Not at all like Spanish bull battling, in Portugal the bull is not murdered toward the end of the battle. This was declared by king Miguel of Portugal amid his rule of 1828-1834 as he thought of it as obtuse to the creature.

The bullfight season in Portugal begins in April and endures up to October.