LISBON, Portugal — The world’s greatest wine region? If you’re thinking Bordeaux, Burgundy or Napa Valley, it may be time to think again.

Wines from Portugal’s Douro Valley claimed three of the top four places in Wine Spectator’s 2014 top 100 ranking — including the No. 1 spot awarded to Dow’s 2011 Vintage Port.

“It’s been famous for producing extraordinary ports for over 300 years and it’s got a unique beauty all its own,” says Paul Symington, whose family produces the top wine. “There are many superlatives that you can apply to the Douro. Many of us argue it’s the most beautiful wine-growing area in the world.” 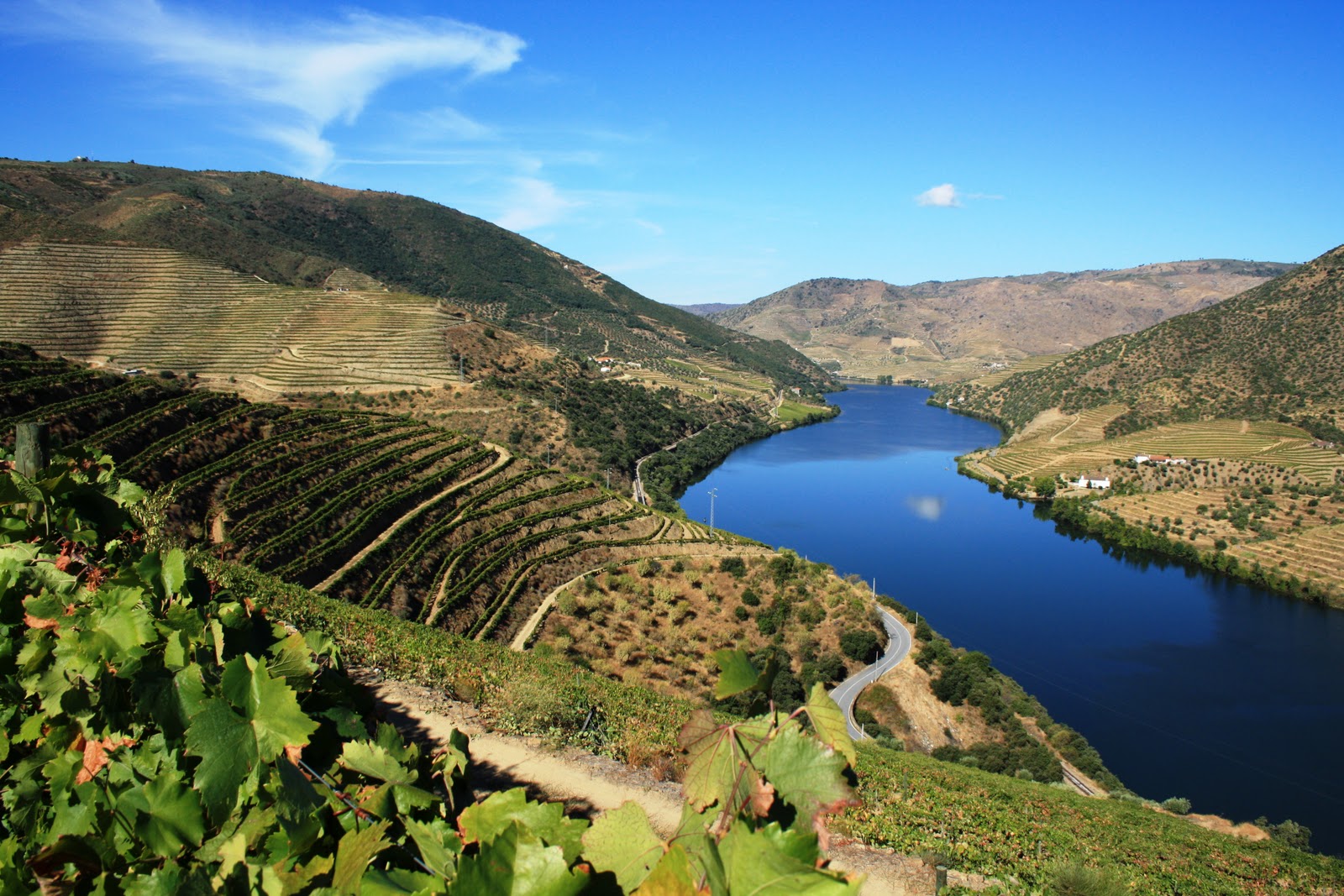 Although the Douro is still best known for its ports — wines fortified with brandy traditionally served before or after a meal — the region’s table wines are also generating excitement in the world of wine.

Third on Wine Spectator’s list is the Chryseia red wine, also produced by the Symington family in collaboration with French winemaker Bruno Prats.

In fourth place came another red from higher up the Douro River: the Quinta do Vale Meao 2011, described by Wine Spectator as “a lush, seductive red, filled to the brim with an array of dark fruit.”

“For the last few years, a whole bunch of people have been making some really serious red and white wines here,” Symington said in an interview. “To get the Wine Spectator, which is comfortably and by a country mile the most powerful wine magazine in the world, to turn a spotlight on the Douro for its red wines as well as its great port, is a remarkable achievement.”

All three of the top wines were from 2011. That was an exceptional year for the vineyards that rise on terraced hillsides from the banks of the Douro as it snakes 130 miles through northern Portugal from the Spanish border toward the old city of Oporto on the Atlantic Ocean.

The success is no flash-in-the-pan.

Although the Douro is one of the world’s oldest demarcated wine regions, dating back to 1756, the international reputation of its table wines began to take off in the 1990s, when producers started to move away from the centuries-old reliance on port wine to turn out quality dry reds and whites.

“It’s a mountain wine region. It’s got micro-climates and micro-micro-climates. On the same vineyard you can have two slopes with completely different characteristics,” says the journalist-turned-producer of smooth, dark reds bearing the Negreiros family name.

Proximity to the river also affects the wines variety in the soils.

“Then there’s the unique winemaking tradition,” he adds. “All that contributes to the richness of the wines that are made there. It’s a complex region, complex like the wine that it produces.”

The region’s success in developing table wines is also partly explained by the emergence of a new generation of oenologists, or winemaking experts, coming out of the University of Trás-os-Montes and Alto Douro in the wine-growing region’s main city of Vila Real.

“They started introducing new techniques and new ideas and we all began to realize we could take the same grape varieties that we were using to make these great and historical ports and make some really interesting red wines,” Symington says. “That’s really what has captured people’s imagination.”

The university’s alumni include Rui Cunha, a renowned oenologist who’s reviving quality wine production at the historic Quinta da Boavista estate in collaboration with French winemaker Jean-Claude Berrouet, famed for his work on the legendary Petrus wines in Bordeaux.

“The Douro has everything,” Cunha said in a telephone interview. “It has history, it has great soil, it’s got unique grape varieties, it’s got a fantastic climate. It all means we can produce very distinct wines of great quality.”

“It takes time for a wine region to really affirm itself,” he added, “so it’s amazing the international recognition the Douro is getting when you consider that the transformation of the region into a producer of red and white table wines only got underway in the 1990s.”

Beyond its great winemaking conditions, the region is uniquely beautiful. The slow-moving Douro River — whose name means “golden” in Portuguese — meanders through vine-covered hills dotted with stately white-painted quintas, or manors, built by the old wine-producing families.

UNESCO declared the region a World Heritage site in 2001.

Wine tourism is gathering pace with the opening of wine hotels such as Quinta do Vallado and The Yeatman, set among the wine lodges where port has been blended and stored for centuries just across the river from Oporto’s historic center, another World Heritage site. Many of the port lodges carry the names of the old families, including Taylor, Graham and Cockburn, that once dominated the export of the sweet, fortified wines to Britain. Port has been a favored tipple there since the early 1700s, when supplies of wine from France were interrupted by war.

Paul Symington’s Scottish great-grandfather married into one of the Anglo-Portuguese port wine dynasties after moving to Oporto in 1882. Five generations on, the Symingtons are the region’s biggest vineyard owners, running a business with a $105 million turnover.

This year, the Symingtons released 650 bottles of a 130-year-old port wine called Ne Oublie (Don’t Forget) as a tribute to their Scottish ancestor. It retails at around $7,000 a bottle.

That wasn’t on the Wine Spectator top 100 list, which was selected from 18,000 wines sampled by the New York-based magazine’s reviewers during the year. Prices of the winning Dow’s vintage port have more than doubled to over $250 in Portuguese stores since its ranking was announced last month.

Still, many of the region’s great wines are a bargain compared to prices charged by French and Italian competitors. The Portal Colheita 2011 red, which ranked 27th in Wine Spectator’s top 100, can be snapped up online for $15 a bottle.

Douro winemakers are convinced the current surge in international interest is just the start.

“This is going to continue,” says Cunha, whose first Quinta da Boavista wines are due to hit the market in 2016. “This international recognition is giving our producers more strength to keep producing these great wines. That’s what we’re here for.”