Lisbon Cathedral (Sé de Lisboa) is a grave Romanesque building with some fascinating treasures inside. It is one of the most established structures in the city, initially built in the twelfth century soon after the reconquest of the city. The cathedral, with its solid Romanesque towers, is one of the Lisbon’s most famous points of interest.

As indicated by legend, this site was home to a mosque that was changed over to a cathedral after the city was vanquished by Crusaders in 1147 (drove by Portugal’s first King, Afonso Henríques). Despite the fact that that was a typical practice in Iberia, there is really no confirmation of any expanding on the site before King Afonso Henriques. The cathedral was established around 1150. Real quakes in 1344 and 1755 harmed the structure. 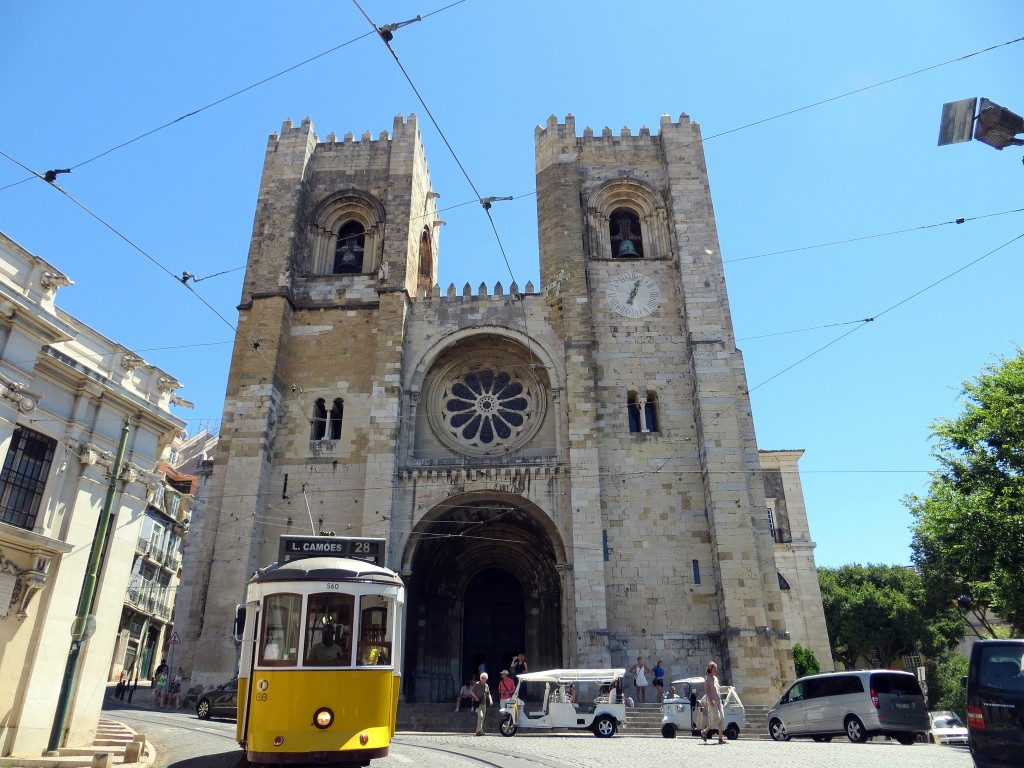 With substantial dividers and two battlemented belltowers, Lisbon Cathedral has a stern appearance – more like a medieval fort than a position of love. This reflects the viewpoint of Lisbon’s new rulers, who knew they would need to hold the city against endeavors by the Moors to retake it. The exterior is essentially twelfth century Romanesque, with a focal rose window and a vast yard.

The medieval cloister, inherent the fourteenth century by King Dinis I (1279–1325), incorporates a Romanesque created iron grille and tombs with engravings. The sacristy contains the church building’s treasury, with relics, symbols, and religious workmanship from the fifteenth and sixteenth hundreds of years.

A silver coffin in the sacristy is said to hold the remaining parts of St. Vincent of Saragossa, benefactor example of piety of Lisbon. As per legend, ravens shielded the paragon of piety’s body from wild creatures after his passing in the early fourth century. They purportedly even monitored the watercraft that moved his body in 1173 from Cape St. Vincent to Lisbon and made a home in one of the church’s towers after the entry. Ravens turned into an image of the city of Lisbon and relatives of these ravens existed close to the basilica until 1978.