Do You Know where is located the Best Funicular in Europe

Do You Know where is located the Best Funicular in Europe?

Lisbon wins again. According to EBD, the best funicular in Europe is Bica (Elevador da Bica), located in Lisbon.

Since the Middle Ages they have helped us achieve the tops, for example, the two wonderful funiculars of Lisbon, the acclaimed funicular of the Buda Castle or the Lugano, Zurich and Ellmau funiculars. 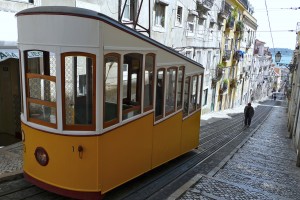 The Bica Funicular (Portuguese: Elevador da Bica or Ascensor da Bica) is a funicular in Lisbon, Portugal, that structures the association between the Calçada do Combro/Rua do Loreto and the Rua de S. Paulo. It is worked via Carris.

The Bica funicular was opened on 28 June, 1892. It climbs the Rua da Bica de Duarte Belo for 245 meters (804 ft) from the Rua S. Paulo. The lower station of this funicular railroad is very nearly holed up behind a veneer on the Rua de S. Paulo with the engraving “Ascensor da Bica“. It was developed by Raoul Mesnier de Ponsard and opened to general society in 1892. In 2002 it was assigned a National Monument.

In Lisbon there are currently three working funiculars: Lavra, Gloria and Bica. 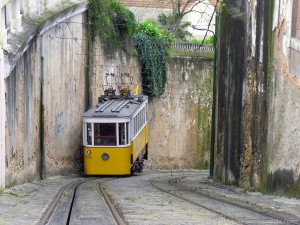 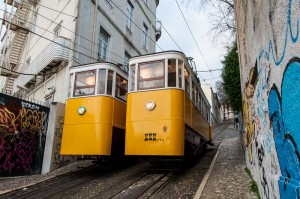